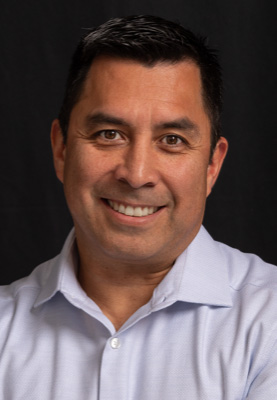 Don Cardona is owner of Cardona Creative LLC, a video strategy and consulting firm based in the Denver metro area that specializes in helping business owners connect with their clients through video and storytelling.  Prior to launching his business he spent a combined 26 years with sports television networks such as TVG, ESPN and NBC Sports as director, producer and senior coordinating producer, working on some of the most prestigious events around the world such as World Series, MLB All Star Games, Super Bowls, the Boston Marathon, and Olympics and he oversaw the day-to-day productions at NBC Sports Group/Olympic Channel in Denver, CO.

Don has won numerous awards within the sports and broadcast industry (Telly Awards, Cynopsis Sports Awards and an Emmy Sports Award Certificate) in live sports coverage, studio shows and feature/documentary projects. Cardona Creative most recently won the top award at the NATOA (Award of Excellence) for the Recycle Cycle video he produced for the City and County of Denver in 2019.

Don has first-hand experience losing a loved one to drowning. In 2002, his younger brother Chris was enjoying time with friends on Lake Pleasant in Arizona when he fell off the bow of the boat with no life preserver and the water was around 40-degrees. He was 26 years old. Don is part of the Drennen’s Dreams Foundation to help further its mission to help people understand the dangers around water.