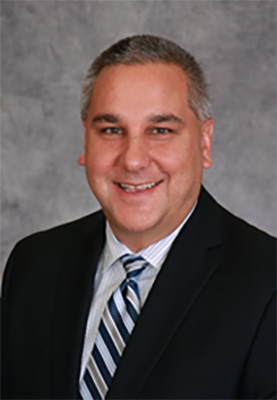 Rick Bruno is the Market President of the East market for FirstBank which spans the eastern part of the Denver metropolitan area including the cities of Denver, Aurora, Centennial, and Greenwood Village. He joined the company in 1994 and is responsible for managing a market with over $2.5 billion in assets, 10 branches, and 150 employees.  In addition to these responsibilities, he serves on the bank’s Credit Review, Credit Policy, and Loan Committees. Prior to his current role, Mr. Bruno served as the Market President of the Littleton market (2016-2021), Lakewood market (2014-2016), and as Executive Vice President of the bank’s Tech Center (2009-2012) and Downtown (2012-2014) markets.

Mr. Bruno currently serves as the Past Chair of the Board of Directors for the Colorado Branch of the Volunteers of America, as the Board Chair Elect and an Executive Committee Member of the South Metro Denver Chamber of Commerce, and as the Board Chair Elect for the Drennen’s Dreams Foundation.  Previously, he served on the Colorado Lending Source Board of Directors (2013-2018) and volunteered as a member of the Littleton Public School District’s Financial Advisory Committee (1998-2008).

Mr. Bruno is a 1990 graduate of the University of Illinois at Urbana-Champaign with a B.S. degree in Business Administration.  In 2001, he completed the Graduate School of Banking program at the University of Wisconsin in Madison. He lives in Centennial, Colorado and is married with four children.  In his free time he enjoys volunteering, hiking, skiing, golf, and supporting his kids sports and activities.

The mission of FirstBank is Banking for good for our customers, communities, and employees. FirstBank is Colorado’s largest locally-owned banking organization, providing full service community banking for nearly 60 years.

FirstBank was founded in 1963 in Lakewood, and the bank has grown into a $25 billion organization with over 100 locations and more than 3,000 employees in Colorado, Arizona, and California. Since 2000, FirstBank has donated nearly $75 million to charitable organizations, making the bank one of the largest corporate donors in Colorado.